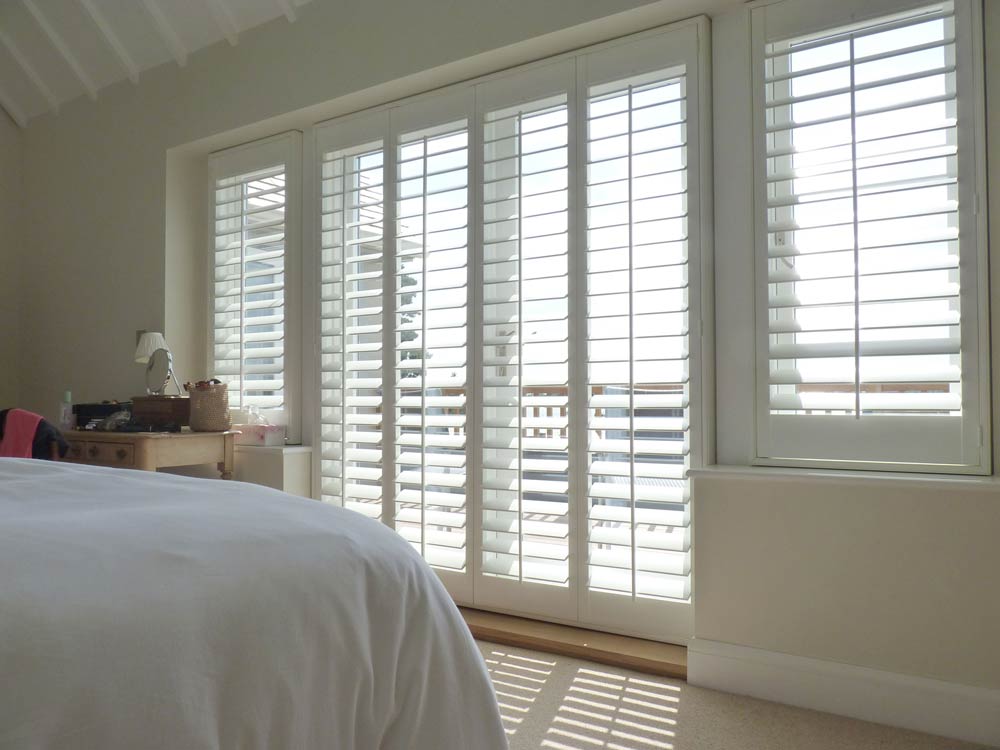 I returned to Bosham this week to fit more shutters by the sea. It was a lovely house that has just been built by Nicholas Coppin.

I’ve yet to return to fit some additional shutters, but I can show you the shutters on the french doors in the bedrooms and some shuttermatch blinds.

French doors are a popular choice to fit shutters to. Designs can vary from window to window, and these doors were split into separate openings. This meant individual shutter frames across each section.

The style of the house and views of Bosham Harbor lent themselves to a full height shutter with large 89mm louvres for a modern look. No rails were used on the shutters to keep things simple and to match the door design.

The Master bedroom had single shutters covering the side windows and bi-folding shutters covering the doors to allow easy access to the balcony and harbour views. The doors had a threshold at the bottom so 4 sided frames could be used all around providing more support for the shutters. In some cases, many customers opt for a 3 sided option to keep the bottom sill clear.

The doors were wooden allowing the shutter frames to be fitted directly to them. The handles were surprisingly large on these doors so large 76mm frames with 10mm build outs were required. This is to stop the large louvre blades hitting the handles.