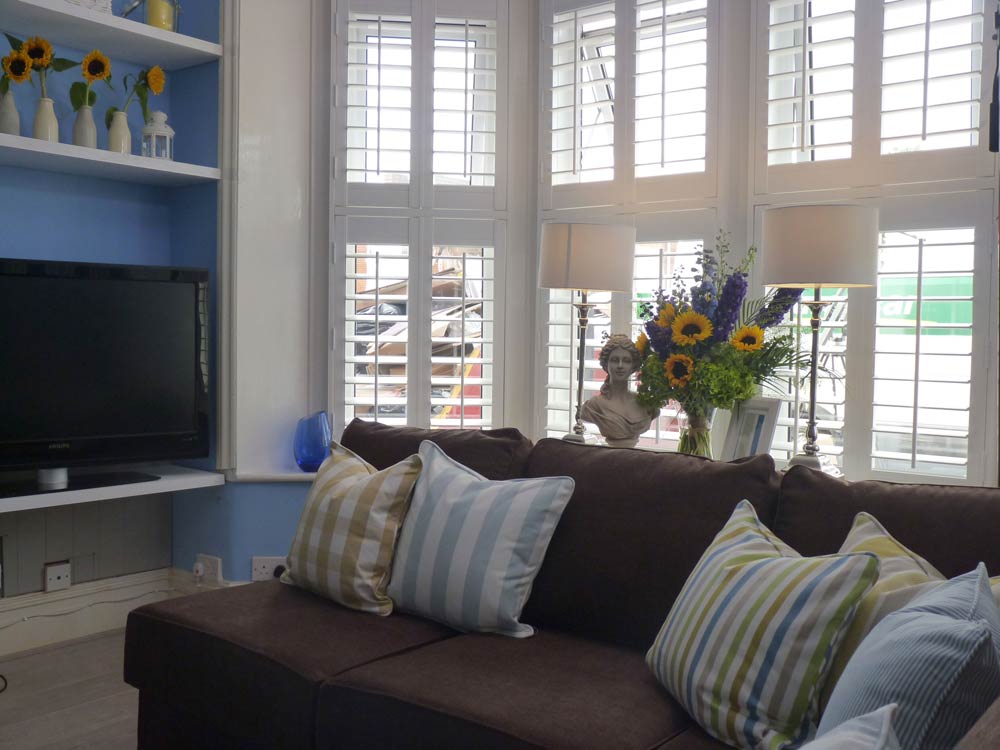 Sam and Brendan supply and install window shutters for Elaine Adams in Southampton on another 60min makeover with Peter Andre and designer Julia Kendell.

The new series is now filmed in a day rather than 60 minutes so there is more time for specialist trades to come and transform the home.

This was a different way of working than previous shows we have fitted shutters on as there was a lot more time to install the shutters. However, they still needed to be measured and ordered within a few weeks so the shutters selected for this show where Vinyl. Having worked with Sam on previous ITV and BBC makeover shows, designer Julia Kendell requested shutters from Sam again.  White, top opening style shutters with large 89mm louvres where chosen to transform the lounge and master bedroom for this makeover.

You can view photos from the day and some showing the finished shutters within the gallery. (Once the show has aired on TV)

The window shutters used on the show where vinyl and made in the UK and are available form 3 weeks from whiteshutters.co.uk, they can easily be installed yourself and ordered DIY.

Please get in touch if you would like more information