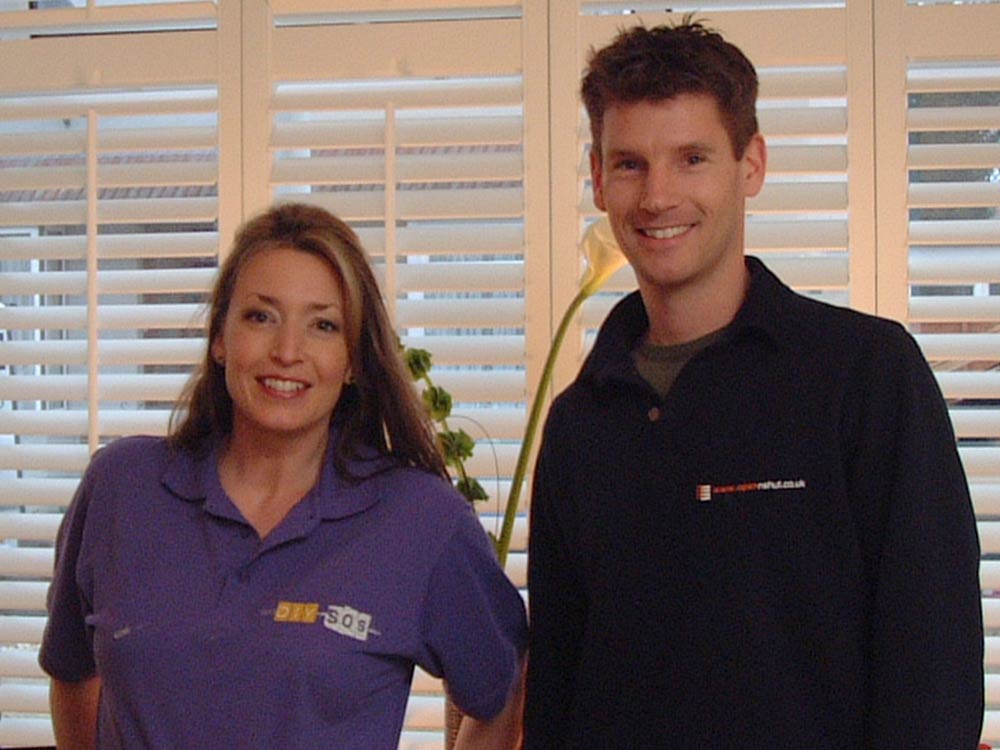 Sam recently fitted shutters for BBC DIY SOS on a property for the forthcoming series.

No stranger to working on DIY programmes, having already appeared on a number of ITV shows, Sam was still thrilled to have the opportunity to help on the BBC DIY SOS Show.  As with all the DIY SOS programmes, there was a heart-rending reason behind the choice of family and home.  While we can’t reveal the details yet, Sam hopes the family will love their new shutters and the difference the show has made to their home.

Do the team really do all the work?  Do they really get on that well?   Yes!  Sam reports that the team work really hard to get the home finished for the subject of the show, and it is the team that you actually see on the telly who do all the work – including Nick Knowles the show’s presenter who mucks in with everyone else.  While a few local tradesmen may be brought in to do a specific or specialist job if necessary, everything else is done by the team who end up working late into the evening to get the job finished in time.  Sam says that the fun is not just for the camera either, but continues just as much when the camera and lights are long gone.

The designer for this DIY SOS show is Julia Kendell, and Sam has previously supplied shutters for her own home.  As well as interior design, and her work for television, Julia also renovates houses.

Look out soon for details of when to see the show, and pictures of the finished results, Shutters for BBC DIY SOS were a success.