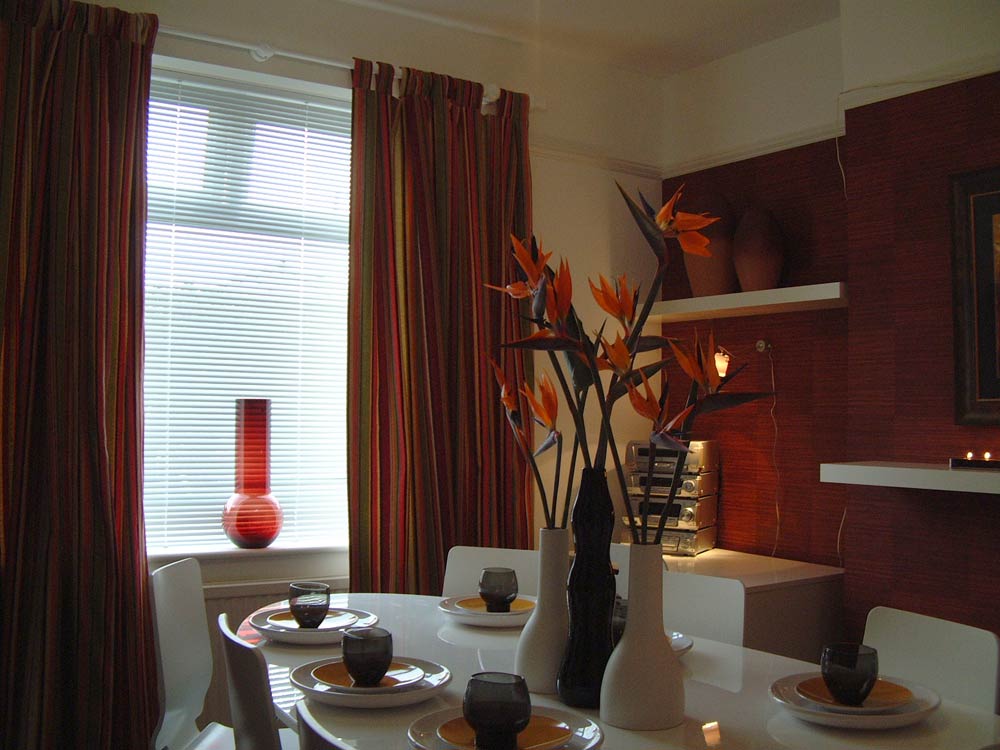 I have recently been asked again to supply several different Luxaflex and Sunway blinds for the ITV 60 Minute Makeover programme. These have predominantly been wood or metal Venetian, although I’ve previously supplied and fitted shutters on the programme myself a number of times. What many people don’t realise when they see the shows is the short lead time between organising and filming, and the speed at which the makeovers themselves actually take place.

The lead times for supply is often very short, as filming is taking place only a week or two after I have been contacted. It can be a challenge to get everything the designer wants, but satisfying as you know there will be a good reason the show ‘victim’ has been chosen.

It’s fascinating finding out how the ITV 60 Minute Makeover shows work behind the scenes. There is a great deal of work preparing before the team make it on site, including contacting suppliers like myself to find the products requested by the show’s designers. On several occasions, I’ve had to use my experience to suggest alternatives where things can’t be made in time, and help the team find something that will achieve the look the designer wanted. In some cases, this has meant supplying blinds rather than shutters due to the speed at which they are needed.

The shows are exciting to work on, as the makeover and filming are all actually done in 60 minutes. While preparation takes place before the camera’s move in, it’s really chaotic during the 60 minutes filming but great fun. Everyone pulls together to get things finished, and there are people everywhere. It’s just as frantic as it looks, as we work in two 30 minute blocks with a break in between which is much needed!

Have a look at my gallery for pictures of some of the ITV 60 Minute Makeover shows I’ve worked on, and keep an eye out here and on my website for the dates and times of shows.