How louver shutters tilt up and down 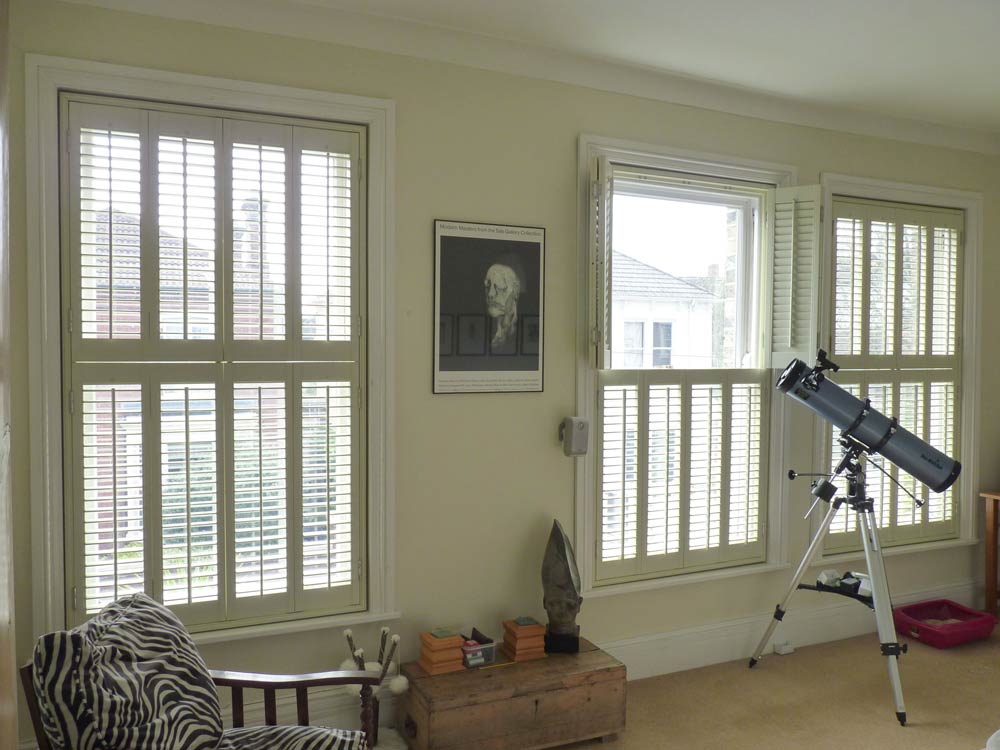 There are several ways that louver shutters can be adjusted to allow light to enter a room.  Essentially all of the louvres are linked by a control rod, which is the most common way that the blades are adjusted.

Traditionally the control rod runs down the centre of the shutter door, and each blade is linked to the rod by a stainless steel staple, so that when the rod is moved the blades move in unison.

Each of the blades is attached to the louvre shutter with nylon pivots, however, if you ever need to replace a blade this is very straightforward as the replacements are sprung loaded so easy to insert and can be made to the same size as your originals.

If you have a great view and don’t want it interrupted by the control rod in the centre of the shutter you have two options, the first is a hidden control rod and the second is an offset control rod.

Just moving the control rod is a free of charge option, but if you would like it hidden this will increase the cost.

The control rod is still linked to each of the blades by a stainless steel staple but is at the back of the shutter panel to one side of the blades.  The louver blades are then controlled by using one of the blades themselves.

The offset control rod is essentially the same as the traditional version, however, it is placed to one side of the front of the blades so that it is less likely to interfere with a view but still allows easy blade adjustment.

There is also now a remote control shutter option.  The blades are still linked by a control rod that can be moved to operate the blades manually, however, the centre louver has a small motor linked to it and as that blade moves the others move with it as they are linked via the control rod.

This is a great option for cinema rooms, as this option can be programmed into infra-red single control remote controls so that you can operate the shutters from your TV remote control.

It’s also useful for those who need to control light levels from their bed or sofa if they are not easily mobile, or for those of us who just want to be able to control them from the comfort of their favourite armchair.

Remote control louvre blades are also ideal for windows that are more difficult to access, such as over a stairwell or high in a property which would require a ladder to access them or conservatory roofs.

Adjusting the ease of movement

If you want to adjust the ease of louvre blade movement this can be done by adjusting the tensioning screw which is located at the centre of the doors at the adjoining edges.  By turning this you can strengthen or loosen the louvre movement to suit your personal preference.

If you would like to own some louver wooden shutters then request a survey.