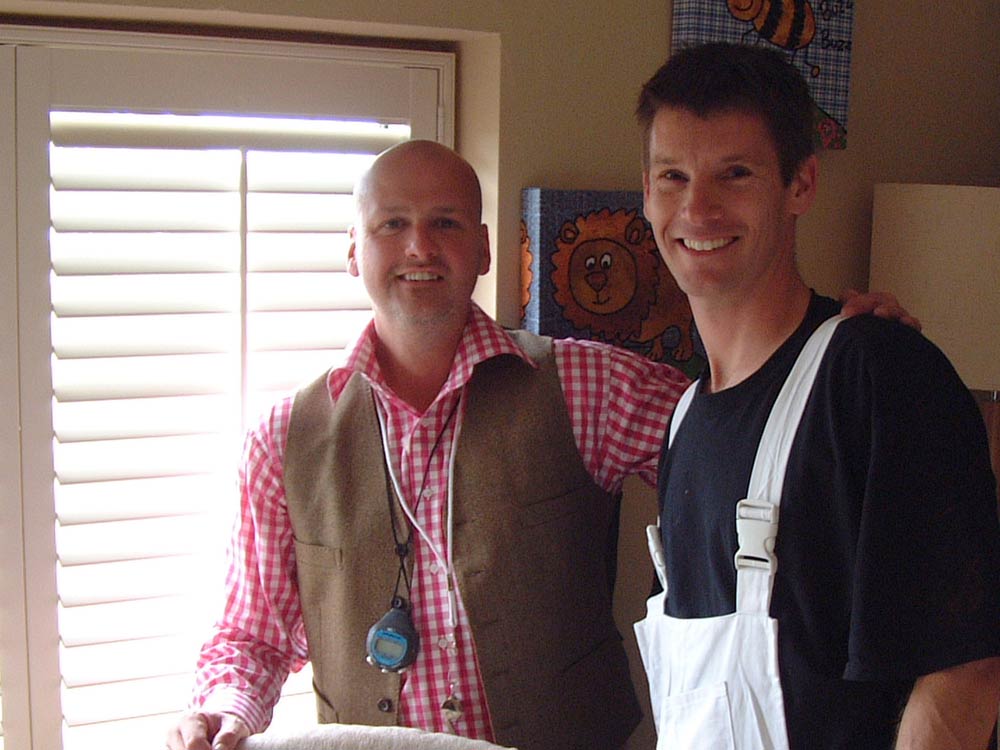 At opennshut we have recently been part of a further two ITV 60min makeover shows in Manchester, requested by the same designer Richard Randal.

The first 60minute show, filmed in May was for a simple window in a nursery, 3 full height shutters fitted to a UPVC window.  Due to the long distance where the show was, Sam was able to guide/advise one of the ITV 60min makeover team members over the phone while they were on location so they could measure allowing Sam to order the same day and ensure a speedy delivery.

It was a long drive up to Manchester the night before the show.  Sam and Richard Couzens stayed in a local hotel along with the rest of the team.  The filming went well the next day, busy as usual with people rushing around making it difficult to fit the shutters in the normal way.

The second show filmed early July, also up near Manchester, was a lot more challenging.  It was a UPVC bay in a very wonky window.  Due to time restraints the shutters needed to be ordered ASAP, so there was no time for an onsite survey.  With the aid of digital photos, Sam advised one of the 60min makeover team how to measure up, cross-checking all the measurements to ensure no errors were made.

The final result was great, the advice over the phone had worked and the shutters fitted a treat.  A lot of preparation was required before the show to ensure the shutters could be fitted within 60 minutes.

Both Richard Randall and the house owners were really pleased with the finished results.