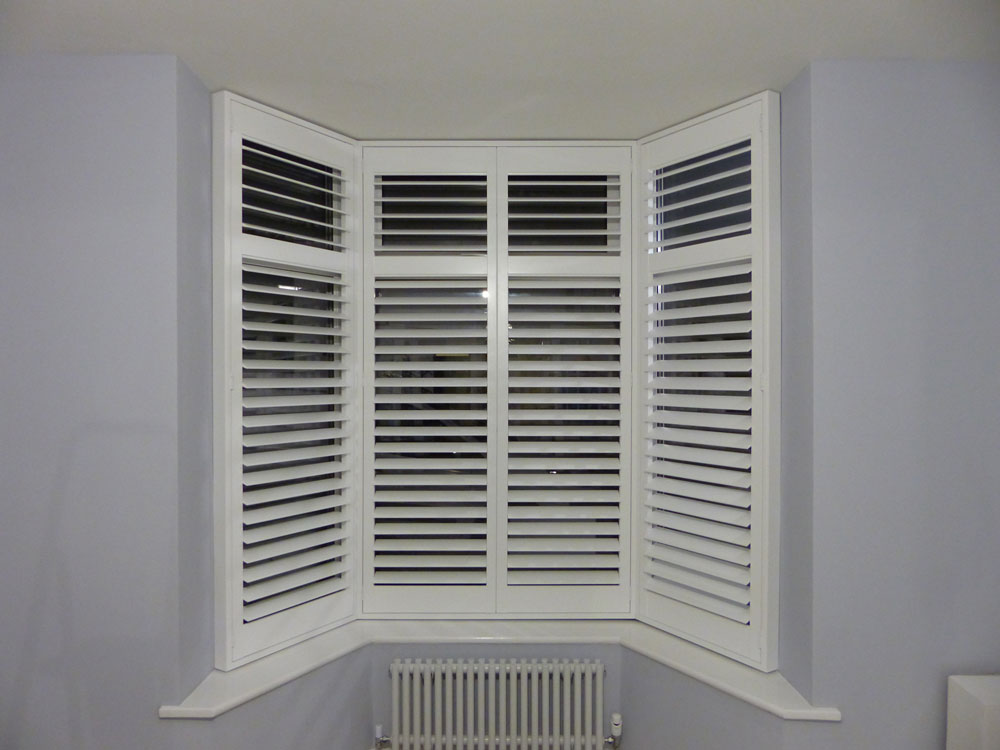 There are several different styles of plantation window shutters, also known as interior wooden shutters. Depending on the layout and appearance of your window, plus your personal preference of use, a certain style will suit more than others. To help you, I have listed the ‘Top 3 Shutter Styles’, or if you prefer you want watch the video.

This video explains more about the styles available…

Full height plantation window shutters, usually with a horizontal dividing rail for extra support, is the most popular style.  This style of window shutter is divided with a middle rail that generally lines-up with a rail on your existing window, such as a top fanlight.  The result means you can adjust the louvre blades either side of the rail to obtain privacy or let light in.  Having a matching rail also means when your louvres are fully open you do not get a shadow showing through the louvres from the window rail.

Full height shutters will be suitable for all types of window, though they are most popular on UPVC double glazed and wooden casement windows.

Top opening window shutters will give you the best of all three styles.  Also known in the trade as ‘Tier-on-Tier shutters’, they best suit portrait style windows where the windows are tall and narrow.  The shutter is spilt into two sections, upper and lower, allowing the top half of the shutter to open independently of the bottom half, just like a stable door.

Top opening shutters not only provide a great style to any window, they provide privacy via complete closure, or the choice for partial privacy with the lower half closed whilst the top section remains open to allow maximum light into your room.  Equally as beneficial for all rooms, but particularly so for street-level windows, or in bedrooms where you want to maintain a view of the garden, yet retain some bedroom privacy!  These are most popular on traditional Sash windows, as they are generally the perfect size and shape for the central split to line-up with the top of the Sash window central meeting rail, where the two sliding Sash sections meet.

The half height shutters, also know in the trade as Café shutters, do as their name suggests, the shutters only cover the lower half of the window. Most often fitted where privacy is required, such as in a kitchen or front living room that is overlooked by the street outside. This is the only style of shutter that would suitably accommodate curtains and/or window blinds in the top half of the window, above the shutters if such an appearance is desired.

They are most popular on Victorian Sash bay windows and suit windows with halfway dividing rails.

NB: Above are the most popular styles of plantation window shutters. Matching the shutters to your window is very important, yet some companies overlook this consideration. As an expert, I can provide the best advice on all styles of windows, whether wide, narrow, shaped windows or French doors.