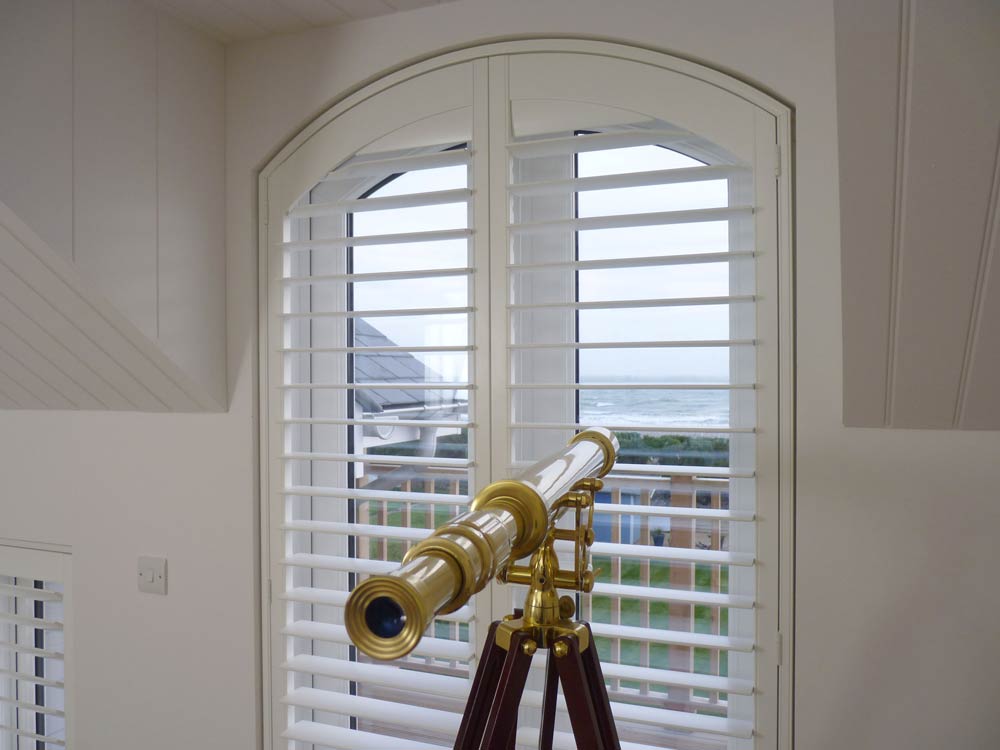 I recently fitted some shaped shutters in Surrey. There were some interesting windows in this property as you can see from the photos. Curved French Doors with side lights that opened inwards.

Due to the design of the recess and shape, I combined a Deco frame around the curve and L frames down the side and partially across the bottom keeping the area underneath the main centre shutters clear.

The Deco frame is a decorative frame designed to fit on the face of the wall.  The L Frame running down the side was fitted in the normal way on side battens with a shadow gap.

The frames also had Tposts allowing the centre shutters to open independently from the side shutters. They had to be positioned to allow the actual doors to open inwards through the frame opening. The curve of the recess stopped the doors from folding right open which also allowed the shutters to be fitted away from the doors keeping the louvres hitting the handles.

I used the Elite Plus shutters (grade A Basswood) finished in Alabaster with large 89mm louvres and the new hidden tilt rod option. The strong lightweight shutters allowed me to order and fit the design I wanted to ensure the layout matched the door design.

Each of the arches was individually templated to match the curves above the French doors. Some angles and true arches do not require templates and can be ordered just from the measurements.

These shaped shutters really finished the room and looked stunning. The customer was thrilled and ordered further shutters for other rooms in her house in Surrey.

If you have shaped windows in your house and are wondering what you can do to cover them, email me some photos and rough sizes of the windows so I can provide some advice.