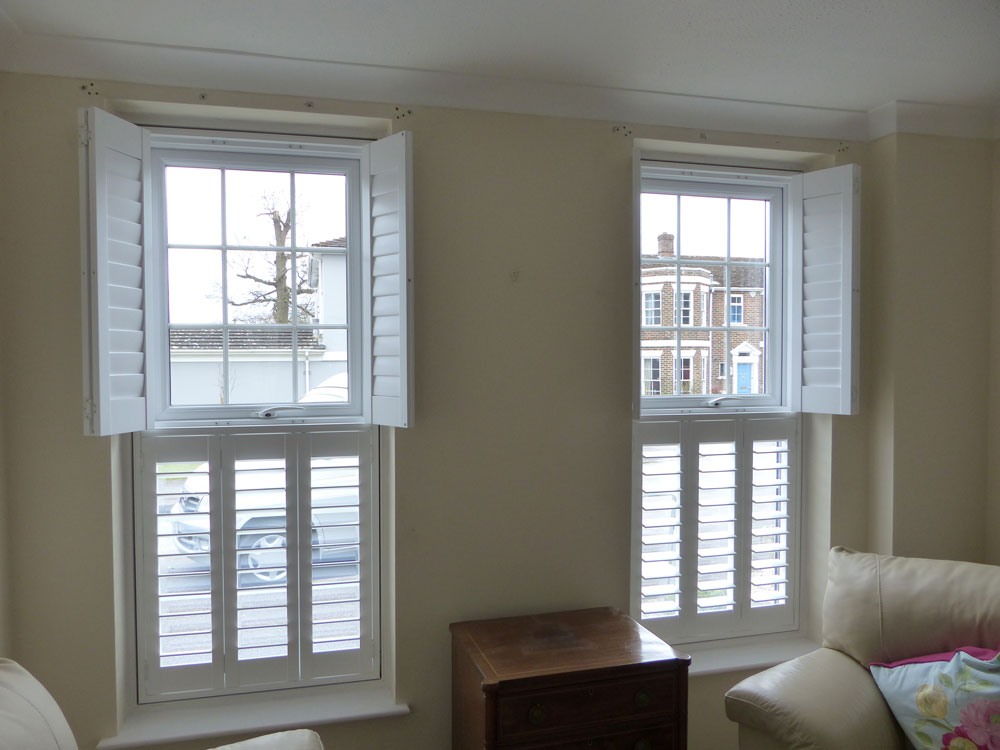 I recently installed some shaped shutters in Kent in an arched opening.  The brick opening divided the lounge and sun room.

As this was a room divider, the shutters needed to look good from both sides.  The recess had an uneven brick surround so I used a bullnose Z frame to cover up the gap between the frame and brick.  I then used a shaped infill batten behind the frame to cover the gap when viewing from the other side.

Tposts were incorporated into the frame to create a vertical edge the shutters could be hinged from.  The Tposts also lined up with small shaped sections each side.  This meant there was two small opening shutters at the sides and 4 shutters in the centre that could be hinged back against the wall.

The shutters and frame were made from one large template, this ensured everything fitted perfectly.