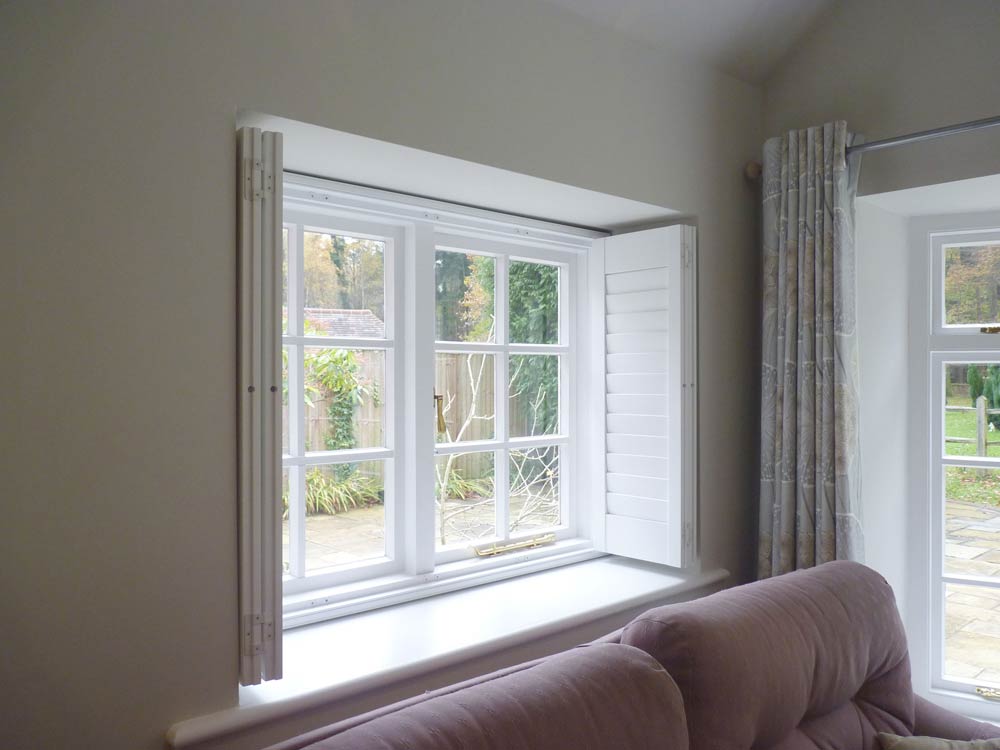 Window shutters can be opened and folded a number of ways and a key question customers always ask is ‘how do the shutters fold?’

Most customers keep their shutters closed and only open the louvres to let the light in and out.   There are only a few that choose to bi-fold shutters open.  When they do, splitting the shutters into four sections is the most popular option.

Trying to describe what you require over the phone can be hard when you are unsure of the correct wording.  So the following list should help.

Shutters can be hinged on the actual Tposts to enable each shutter to match the window sections and offer alternative opening options.  Very popular on 3 and 4 section UPVC windows where the far left or right windows open.  Tposts allow easy access to the individual windows without opening the rest of the shutters.

Shaped or angled shutters generally need to open towards the highest part of the window to allow them to open.  You can also hinge the shutters downwards or mount shutters on magnets so they lift in and out of the shutter frame.

‘Remember, window shutters will remain closed most of the time, so it’s key to match the window layout before worrying about how the shutters open or fold back against the wall’.